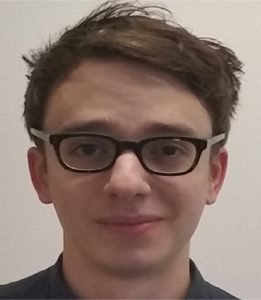 I have been working for YPS since last October, mostly providing academic support at the University of York from which I myself very recently graduated. As the support is mostly attending lectures and taking notes, my lifestyle has not exactly witnessed a sea change, and this enables me to resist the harsh realization that I am no longer, in fact, a student. The post is very intellectually stimulating and I feel quite lucky to have it.

I have no qualms to admit that I am quite a boring person outside work, as I spent most of my time either reading or fretting about how little time there is to read all the texts I would need to read. But then again, the words of Pascal can usually be of some reassurance: “To have no time for philosophy is to be a true philosopher”- or something along those lines, I have never actually read Pascal!

I grew up in Bulgaria and go back every now and then, but having lived in the UK for three and a half years now it has become almost like a second home to me. I really like York, its pubs and the Minster, although I must admit I still struggle with understanding the Yorkshire accent (but I sometimes catch myself pronouncing words with a slightly northern twang!).

To determine if a service is Well Led, the Care Quality Commission state that the leadership, management and governance of an organisation assure the delivery of high quality care. Our CQC inspection found that our service was Well Led to meet our service user’s needs and was rated GOOD in this area when we were inspected in August.

Feedback from our staff indicates that they feel valued, supported and well supervised to fulfil their roles. Training is provided which not only meets the mandatory requirements but is also specific to the service users we are working with.

All personal care PAs have completed their Care Certificates and have the opportunity to complete a fully funded NVQ qualification. Deborah our registered manager completed her Level 5 Diploma in Health and Social Care last year too.

With the provision of excellent training, supervision and a commitment in meeting all necessary regulations, York Personal Support supports learning and innovation and promotes an open and fair culture.

My name is Holly. I am 21 and in my final year of studying Children, Young People and Families at York St John University. I am blind due to a condition called Retinopathy of Prematurity. As a result of this, I am a long cane user.

My time at York St John University is drawing to a close now and I feel like my University experience has been so much more than just getting a degree. I’d like to thank York Personal Support for contributing to that. I could most definitely recommend York Personal Support. They are extremely friendly, accommodating and treat everyone that they work with as an individual. I feel very lucky to have had such great orientation and mobility training over the last three years. 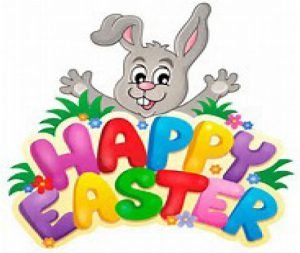 York Personal Support would like to wish all our Service Users a Happy Easter!!

We would also like to welcome our new team member Janis Bradley … she is lovely!